Why I still go to Ed Camp

1) Vote with your feet

The culture of EdCamp says, if you don’t like it, move on. This idea makes my heart sing because differentiation is determined by the participant.  If a session is not meeting your needs, the only one responsible for that is you.

I’ve walked out on my own set of sessions, sometimes because the title didn’t live up to what I was hoping.  Other times, it felt like a rerun that I didn’t want to experience a second time.

This concept is central to EdCamps, and without it I would not participate.  This works out well because… 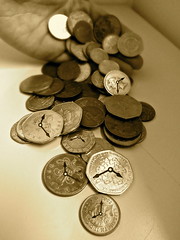 Those capable and willing of giving their time show up for EdCamps.  Someone displeased with their experience only sacrificed time.  Attendance is optional, so only those wanting to attend actually show up.

Not to mention Freebies often supported by sponsors.  I have yet to attend an EdCamp that didn’t have some type of welcome coffee and/or breakfast.  Raffles and prizes are often waiting for those who stay through the end as well.

I get to connect with a load of great people daily through the magic of technology, particularly twitter.  I’m a big fan of #MTBoS, twittermathcamp, #caedchat, and reading blogs with feedly.  These connections run deep for me, yet a face to face for five minutes can still be more.  It’s not like EdCamp is the only place I talk with other humans, but it helps me keep a fresh perspective on everything.  Others challenge me with ideas and questions I’d have never considered.   I get to pose the same challenges to others in a safe environment.  I also get a change to burst my Math bubble.  At an EdCamp I get to interact with teachers, coaches, admins, parents, and even students to talk about pressing issues.  These connections are what make me return the most.

Exploring big questions, Maker Spaces (and Breaker Spaces) with Scott Bedley and others

Wishes for the future 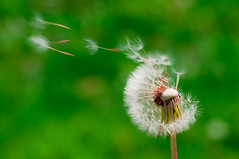 Establish new EdCamp with others at my employer (Perris Union)